Norway spruce (Picea abies) is the most widely cultivated spruce species in North America, and it has been planted in several Skaneateles Conservation Area locations, including the Mabel Reynolds preserve, the Guppy farm, and the O’Loughlin property. It is the fastest growing spruce, can grow in a wider variety of soil types than most other spruces, and has greater shade tolerance than most other trees.  It is also considered to be relatively non-invasive when compared to many other exotic trees and shrubs. For that reason, Norway spruce has been cautiously suggested as an alternative to, or a replacement for  Eastern hemlock that is threatened by or lost to hemlock woolly adelgid.

However, as with other non-native plants, Norway spruce doesn’t provide the same insect support that its native counterparts do. Because it is already present in significant numbers at the conservation areas, there is probably no reason to introduce more Norway spruce trees. And because Norway spruces produce such a dense canopy, allowing little except moss to grow beneath it, there may be good reason to thin out the existing stands to allow more plant species to survive beneath them.

The following pictures show a dense Norway Spruce plantation on the old O’loughlan property, just west of the transfer station, not far south of Old Seneca Turnpike. Because these pictures were taken in December, the sun is low in the south, allowing it to penetrate the canopy. But the spring and summer sun has very little access to this dense stand, allowing little or nothing to grow beneath it, but also making it a great place to walk on a hot summer day. 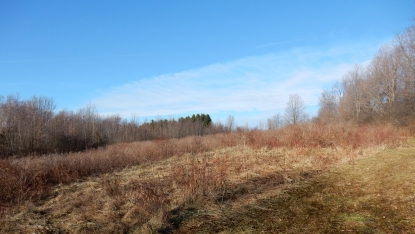 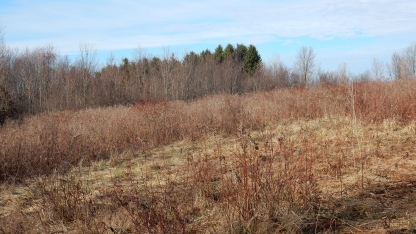 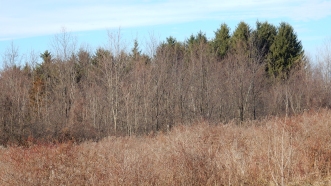 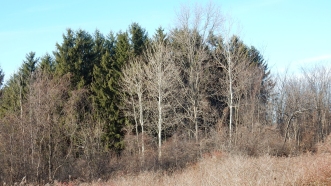 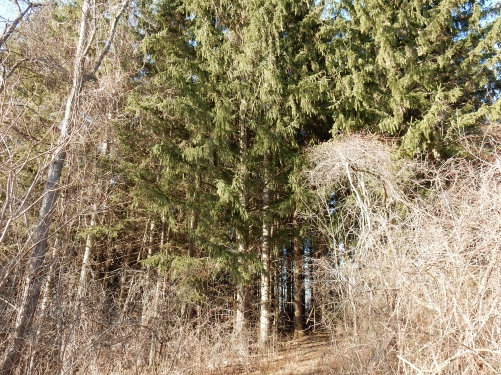 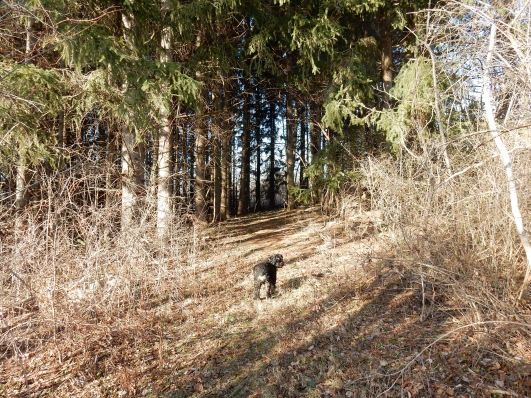 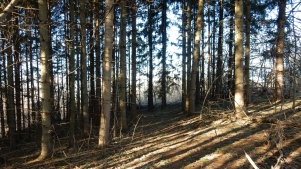 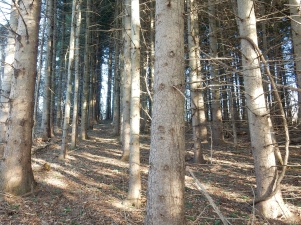 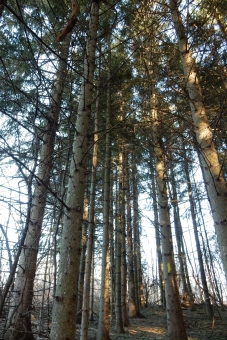 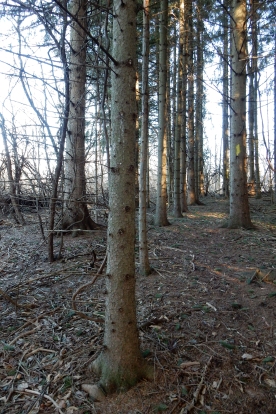 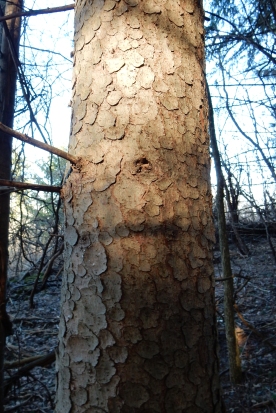 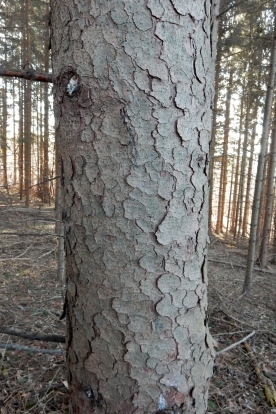 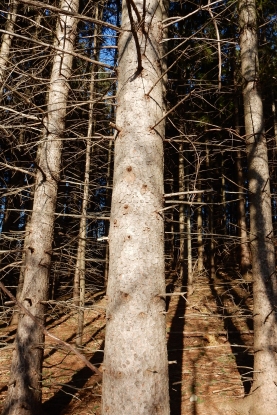 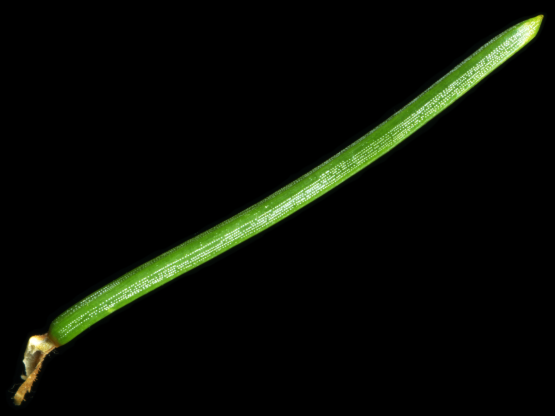